The Ten Commandment for Kids

I was asked, by my church, to create a Bible curriculum for children to cover the seven week span of the adult class on Marriage and Family. Here are some ideas I came up with to teach the Ten Commandments to children.
Some of the ideas are original and some are things I found on the Internet or at stores and changed a bit. Either way I hope you find something great
to help yourself and children learn these amazing laws of God.

Here is a craft project the children worked on each week as they learned a new Commandment.
The first week the children simply had to place their hands into paint and then stamp them onto the paper. (They were also given the stickers of Moses and Mt. Sinai to place on their paper too).
Each following week, after they learned the next, new Commandment, they added it's new tablet to a finger. (This art project was also used to review previous lessons).
After eleven weeks the children completed this art project and were allowed to take it home. 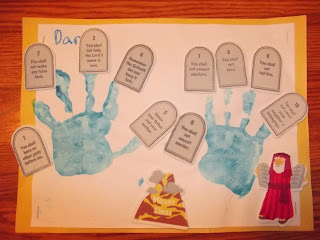 (I purchased the sticker tablets of the Ten Commandments from the
Oriental Trading Company).

I googled the Ten Commandments and found these cute pictures.
I printed them, cut them out and glued them to tag board.
These cards became flash cards that we used each week. 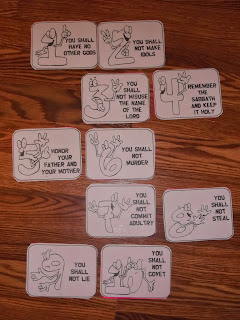 Flash cards that are double-sided! 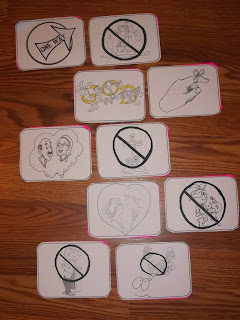 What fun is a Bible Lesson if there isn't any games???!!!
Here are some game ideas my family and I came up with:

First: I have cardboard brick blocks for my children and thought:
"Why not cover them and turn them into
Ten Commandment Games!"

I made two sets so that two teams can play at once. 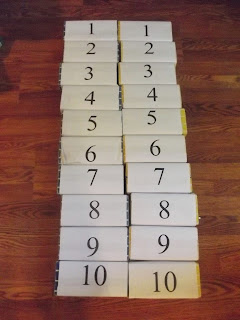 and made another set: 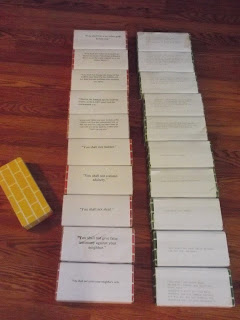 with each Commandment printed out onto each brick. 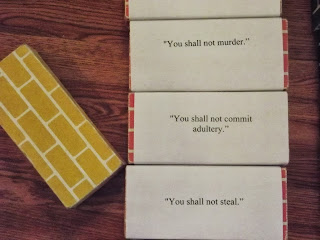 Here are the actual game ideas: 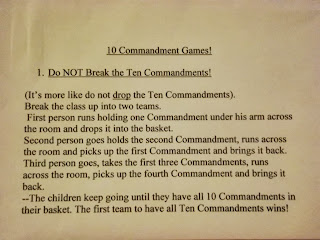 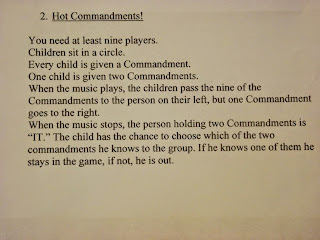 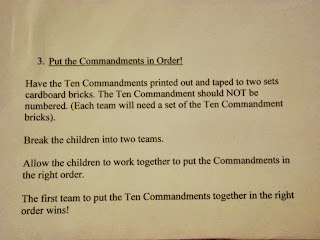 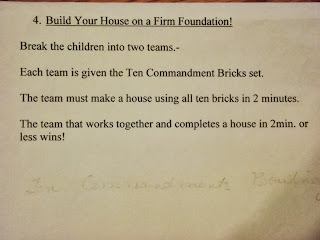 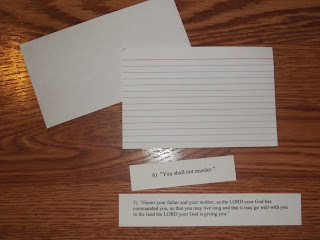 I also purchased this 'Fun Pad' from OTC. 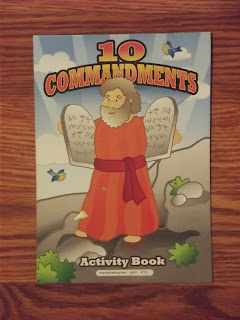 On the last night together we had to have a party!
These cupcakes are an Ellie original!!!
I made enough cupcakes for all the children and the workers.
I frosted all of them either blue or pink (boys or girls)
and then cut marshmallows in half for the 'tablets.'
I then used a food-dye pen to scribble the words onto each 'tablet.'
Here are the
"Ten Commandment" cupcakes
to help us celebrate! 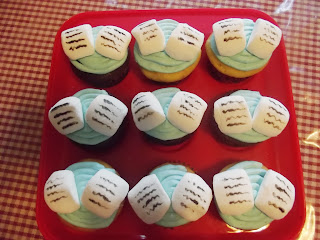 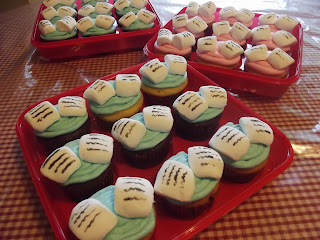 We reviewed all the Commandments and had a chance to watch
Superbook: The Ten Commandments.
(You HAVE to go to the link above =)

I am just a girl who is walking down this path of life with Jesus and pausing in amazement at all He has done and continues to do in my life. My heart's desire is to share the stories of my life that Jesus has touched so that they may encourage you, convict you, prod you toward being ever closer with Him.

My Most Popular Posts

Do you know Jesus?

The Bible says, "Ask and it will be given to you; seek and you will find, knock and the door will be opened to you. For anyone who asks receives; he who seeks finds; and to him who knocks, the door will be opened." (Matthew 7:7-8) So, ask Him and seek Him and you will find Him- If you have any questions please feel free to write me. As you read my blog you will see how Jesus has changed my life-He will change yours too.